Sustainable Stoke: Transition to Sustainability in the Surfing World

In the run up to the Global Wave Conference later this year, Surfers Against Sewage will be highlighting some of the projects, enviro-surf organisations, campaigns, issues, protests and challenges from around the world that are connected to surfing and sustainability.

This week see’s the publication of Sustainable Stoke, a book which systematically explores how surfing culture and industry impacts on social, economic and environmental areas of life at both international and local levels.

What does sustainability mean in the surfing world? This question is answered by more than 40 of the most influential figures from the surf industry, academia, non-profit organisations, and the surfing community, exploring the cutting edge of the surfing world’s transition to sustainability.  Innovations and initiatives are highlighted providing the foundations for technological transitions as well as social and environmental initiatives that are improving the lives of thousands of people all over the world.

Influential surfers who have contributed to the Sustainable Stoke include Rob Machado and Dave Rastovitch, and the world’s enviro-surf NGO’s are well represented with contributions from the Surfrider Foundation, Sustainable Surf, Wildcoast, and of course Surfers Against Sewage with a contribution from chief executive Hugo Tagholm.

Here we catch up with Dr Greg Borne, co-editor of Sustainable Stoke, who tells us more about the inspiration behind the book and the journey to publication. 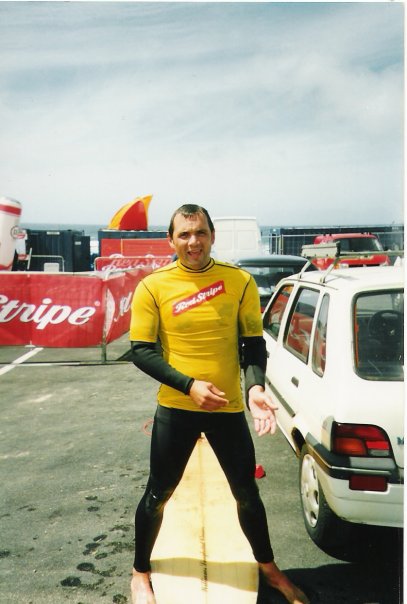 SAS: This week sees the publication of Sustainable Stoke. Tell us about your inspiration for the book.

Greg Borne: “That’s quite a difficult question to answer and I’m not exactly sure where to start! I’ve been working on sustainable development and sustainability related issues my entire professional career – and I’ve been surfing much longer than that. About 3 years ago I was working at St Andrews University in Scotland on their sustainable development degree programme – I’d just finished a surf at East Sands, after work of course, and was sat in my little flat wondering why I had not combined my passions for both surfing and sustainability. This was in part provoked not only by the surf I’d just had, but also the day before I had been rooting through a charity shop on Market Street and came across a signed copy of Kem Nunn’s Tijuana Straights. This is a surfing novel and Kem is a Southern Californian Novelist. So I’m starting to feel a touch of fate – and actually if you read the acknowledgements of this book Serge Dedina is given a mention – Serge is director of Wildcoast and a contributor to Sustainable Stoke – I have literally just seen that as I am writing this.

I think that was October or November of 2011. I wasn’t sure where to begin so I started off, like most people do with google and simply googled sustainability and surfing. The Sustainable Surf website popped up, apparently it had only been live for a few days – so I emailed them – got a response from Kevin Whilden the cofounder and a few emails and skype calls later Kevin invited me to stay at his flat in San Clemente with him and his wife Abby. By now it was February 2012. At the right old age of 40 that was my first experience of California, and whilst I’ve lived in New York, Southern California is worlds apart – I loved it. During that week, amongst other things, myself, Kevin and Michael Stewart (co founder sustainable Surf) drove to San Diego for a conference at San Diego State university called ‘Surfing’s New Aloha: The Growing Trend of Giving Back’. The conference was organised was organised by Jess Ponting and the Groundswell society. It was there that the idea for the book really started to take shape – which quite nicely leads onto your next question.”

SAS: You’ve worked closely with Dr Jess Ponting on the book – how did this co-authorship come about?

Greg Borne: “The conference was an inspiration with lots of diverse speakers from different sports and perspectives talking about sustainability and surfing, what it is, what it isn’t and perhaps what it should be. And interview with Rob Machado a Skype in from Dave Rastovich, industry leaders, heads of NGOs, film-makers and many more. Some of these people are now contributors to the book. After the conference Kevin, Michael and myself arranged to meet Jess for breakfast in San Clemente, which we did and then headed to Trestles for a surf – It was at this point that we really started to talk about the possibility of co-editing the book and what it might look like. We discovered that we had a great deal in common. Academically we shared similar perspectives on out approach to research, which helped enormously when we were working out the structure of the book once we had all the contributions. Personally we discovered that we were both fathers to baby girls, both called Sydney, for very different reasons. Since then I have been to stay with Jess and his family in San Diego and we continue to collaborate on a number of projects.” 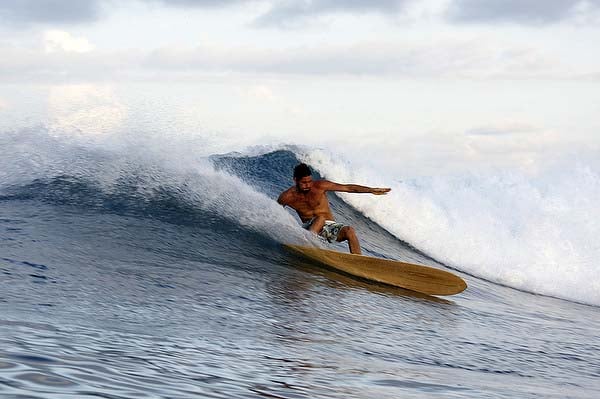 SAS: Some legendary surfers have made contributions to the book, which is great. Do you think we’re seeing the start of a new wave of social and environmental consciousness coming out from the pro surf community?

Greg Borne: “We have and I could not have imaged that so many high profile people would respond to our call to contribute to the book – The quick answer to that is yes I do – there have been so many sustainability related initiatives in the last couple of years. Pro surfers are the superstars of the surfing world with the power to have a positive impact on people all over the world. Those that have contributed talk passionately about the importance of sustainability whether that be from the social, environmental or economic perspectives.”

SAS: Have you got any favourite contributions or contributors? Did you get to meet any of your heroes through the book?

Greg Borne: “I’ve met in person, or through skype and emails pretty much everybody that’s contributed, and without seeming too cheesy – they are all my heroes. I’ve been working on this book for so long that I’ve stopped seeing it as ‘individual contributions’ and started to see it as a ‘whole’. The sum is greater than the parts mentality – every single contribution has something new and inspirational to say about sustainability and surfing, but together they create a powerful narrative about the state of play in the surfing world that is quite unprecedented.”

Greg Borne: “To answer that you would have to assume a definitive on what sustainability actually is. And if this book illustrates anything it is that sustainability – not just in surfing but in any context is ambiguous, contextual and highly subjective. As we’ve worked through the book and become more familiar with what’s out there in a surfing and sustainability context there’s so many people doing so many amazing things that impact on all aspects of sustainability, and by that I mean social, environmental and economic issues. All our contributors are in some way making profound differences to surfing and making that change towards sustainability – but there are also hundreds of others out there making a difference that we simply could not include – that’s for Sustainable Stoke volume 2 and 3!”

SAS: You’re part of the Global Wave Conference in October. Why did you want to get involved?

Greg Borne: “Bringing people together from all over the world to exchange ideas around a central theme is where the magic happens. Sometimes the inspiration comes from seeing the formal presentations from experts, practitioners, story tellers, people passionate about what they do – and that’s infectious – often you wont know at the time how that has had an impact on you, only later you find yourself reflecting on it and reaching out to people, trying new things, you just can’t put a price on that. And there is also innovation and inspiration in informal meetings that come from these conferences – in the early hours of the morning after some free wine (or is that just me) when your guard is down and you are open to new ideas from others as well as finding yourself opening up and stepping outside of your comfort zones to create the seeds of something new.

I think the Global Wave Conference is going to be one of those pivotal events in surfing’s history – and who knows what inspiration, innovation will come from it in the weeks, months and years to come. I wouldn’t miss it!”

SAS: Tell us more about the courses you run at Plymouth University? How have you integrated surfing?

Greg Borne: “I run a programme called Public Management and Business – it’s a new programme that’s only been running for three years. I won’t bore you with some of the details, you can get that from the website. Importantly we integrate sustainability throughout the programme and we pride ourselves on not only providing an excellent academic experience but also exposing students to people that are leaders in their respective fields, from organisations such as the United Nations, Virgin Atlantic, Network Rail, the NHS and even Surfers Against Sewage.

Plymouth University is the home of surfing. It was the first university in the world to have a degree programme based on surfing, The Surf Science and Technology programme. Professor Malcolm Findlay who founded the programme is a friend and local at my surf break. He lived 2 doors up from my grandfather for a number of years until my grandfather moved home. Malcolm provides a behind the scenes look at the Surf Science and Technology programme in the book. And drawing inspiration from this this the PMB programme has a module that specifically looks at sustainability and surfing this is largely based on the research that I have been conducting around this over the last three years.”

SAS: When did you last get in the water?