When it’s a river, street or mountain clean of course!

Although we don’t all live by the coast we can all be beach cleaners, from summit to sea. Much of the plastic pollution found on our beaches may very well have originally ended the useable part of its life in our towns or cities. Sometimes all it takes is for the wind to blow in the right direction to lift a crisp packet out of curbside bin and on to the street. From there it could make its way into a river and travel down to the beach hundreds of miles away from that bin. However, if someone collected it during a river clean or way back at the start during a street clean then that crisp packet would be stopped from making its way to the beach or out into the sea. So, volunteers at street cleans or river cleans are actually remote beach cleaners! That is why we need volunteers from right across to UK to join the Big SAS Beach Clean: Summit To Sea.

The Big SAS Beach Clean is just the first of the six grassroots actions you can get involved with this autumn as part of the Generation Sea: Plastic Protest, aimed at highlighting the irrefutable evidence of the plastic pollution crisis.

Anyone who has volunteered at a clean before, or even perhaps simply walked down a street just before “bin day”, will have seen the names of big companies and brands screaming out at them from the front of plastic drinks bottles or take-away food packaging that have made their way into our environments. We as Ocean Activists believe that this cannot go on! This is why we are bringing back our highly successful and impactful #ReturnToOffender and Brand Audit campaigns. To give you all the chance to challenge the manufacturers of unnecessary, single-use plastics, change public perception and demand stronger legislation from the government.

Earlier in the year over 600,000 Ocean Activists engaged with digitally returning pieces of branded packaging pollution to the offending companies through the power of social media. We are now calling for you all again to unite during the Big SAS Beach Clean: Summit To Sea. There is still plastic pollution on our beaches, streets, mountains and in our rivers, and the companies responsible for their production are still shirking their responsibilities for its end of life disposal. When you see a branded piece of packaging pollution during your clean simply take a photo of it and then share the photo on Twitter or Instagram, tagging the company alongside the hashtags #ReturnToOffender and #SurfersAgainstSewage.

Then why not take it to the next level with the Brand Audit citizen science project? In spring 2019 the UK’s largest ever nation-wide survey of packaging pollution was conducted by more than 45,000 volunteers. The results exposed that the vast majority of items found across the UK were from just a handful of companies. Now the Brand Audit is back again this year to continue to highlight the top polluters and provide the government the evidence that more transparency and action is needed on plastic pollution. Every Ocean Activist that gets involved with the Big SAS Beach Clean: Summit To Sea can take part by taking down the brand names of the products they are collecting and tally the amount found from each brand. Then submit your data set at https://www.sas.org.uk/brands/. Not only will you be taking direct action against plastic pollution but you will also receive a free reusable Hydro Flask bottle! 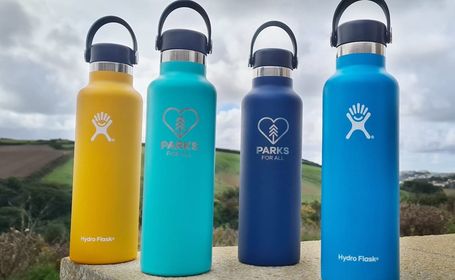 Whether you choose to only take part in a clean or to join in the other actions of the Plastic Protest your involvement will be part of a groundswell of Ocean Activists, taking a stand against plastic pollution, collecting irrefutable data and calling for brands and government to make the changes that are so urgently needed.

So, sign up to take the first step today!

TwitterFacebook
« The Environment Bill: Getting the Targets Right.
MPs Come Together to Support Ocean Recovery that Works for People and the Planet »