ELECTION: #VoteForTheOcean – where do the parties stand on the ocean?

Want to know where the parties stand on the ocean? We’ve examined Brexit Party, Conservatives, Green Party of England and Wales, Plaid Cymru, Labour, Liberal Democrat and SNP manifestos. We looked for policies that line up with the commitments we ask MPs to make under our #GenerationSea pledge.

I pledge to protect the ocean.

Let’s take them one at a time.

The Brexit Party promises the UK would recycle its own waste and make it illegal to for it to be exported around the world to be burnt, burned or dumped at sea.

Conservatives promise to introduce a new levy to increase the proportion of plastics in packaging that it is possible to recycle. They plan to boost domestic recycling and make the producers of goods pay for the full cost of dealing with the waste they produce.

They would ban the export of plastic waste to countries which may struggle to process it properly. And they would introduce a deposit return scheme to encourage people to recycle plastic and glass.

Labour would invest £4.5 billion in the waste and recycling infrastructure needed to move away from a throwaway economy. This would include building nine new plastics recycling and manufacture sites and backing bottle return schemes.

Labour would also make the producers of goods pay for the full cost of dealing with the waste they produce. And they promise to end the export of the UK’s polluting waste to the Global South.

The Lib Dems promise to move the UK towards a circular economy by introducing a Zero-Waste and Resource Efficiency Act. This would include a ban on single-use plastics that can’t be recycled. Lib Dems would also extend deposit return schemes for all food and drink containers. Lib Dems aim to stop plastic waste exports by 2030.

Plaid Cymru would ban single-use plastics, invest in alternatives and increase recycling targets. They’d aim for a Zero Waste Wales by 2030 using policy initiatives and the law. For example, Deposit Return Schemes and making producers of waste responsible for the costs. 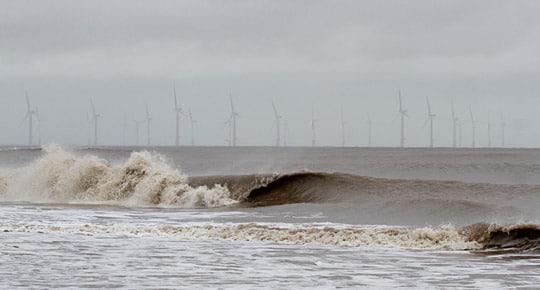 The Brexit Party say to tackle the climate crisis, they would plant millions of trees and promote a global initiative at the UN.

Conservatives promise to deliver on the target of net zero greenhouse gas emissions by 2050 and they’ll ask other countries to match this ambition.

The Green Party would aim to reduce greenhouse gas emissions to net zero by 2030.

Labour would aim for net zero carbon emission within the 2030s, faster if it emerges that greater speed is possible.

Lib Dems would aim to reduce greenhouse gas emissions to net zero by 2045 at the latest.

Plaid Cymru would also aim to reduce carbon emissions to net zero by 2030.

SNP MPs would demand the UK accelerate action to meet Scottish climate change targets, which have been legislated by the SNP-run Scottish Government. These targets aim for Scotland to become carbon neutral by 2040 and to end its contribution to climate change by 2045.

Don’t let sewage back in the sea!

The Brexit Party don’t provide any policies in relation to water quality and keeping our waters free from sewage.

Conservatives say that after Brexit, they’ll pursue an Environment Bill to protect the environment, set up an Office For Environmental Protection and introduce legal targets, for example on air quality, to replace those previously set by the EU.

The Green Party would create a new Environmental Protection Commission, one integrated body to enforce environmental protections, and would increase funding for the Environment Agency and Natural England. They’d also plan to enforce stricter penalties for polluters to protect water supplies and for companies found to be extracting too much water.

Labour says it will not accept any Brexit outcome that lowers environmental standards and that if Brexit happens, the UK should keep pace with Europe on environmental standards. They plan publicly owned Regional Water Authorities and a National Water Agency to sit alongside the Environment Agency to co-manage water supplies. They’d invest in Environment Agency’s water monitoring programme.

Lib Dems would make sure the Environment Agency is properly funded and introduce a Nature Act to restore the natural environment through setting legally binding targets for improving water, air, soil and biodiversity. They’d support this with funding of at least £18 billion. Lib Dems promise to reform water management and water efficiency standards.

Plaid Cymru say they will work hard to ensure protections are upheld and would not support trade deals that weaken protections already in place.

The SNP would campaign for the UK to stay fully aligned with European Union regulations on the environment in the event of Brexit.

The Brexit Party don’t give any plans for creating protected areas for ocean life.

Conservatives have promised £500 million funding to protect the ocean from plastic pollution and warming sea temperatures. They call this the “Blue Planet Fund”. They also want to extend the Blue Belt programme which aims to protect the ocean around the UK’s overseas territories, which include ocean life hotspots like the British Virgin Islands.

The Green Party would commit to making at least 30% of UK domestic waters into marine protected areas by 2030. They’d work to increase the ‘Blue Belt’ around the British Overseas Territories like the British Virgin Islands from 32% to 50%, so more of the ocean is protected from mining and drilling on the seabed. The Green Party would call on all nations to declare their waters havens from whaling and to provide long term protection for whales and dolphins.

Labour would establish new Marine National Parks, with good candidates being Lundy and the Farne Islands. They’d extend the network of UK marine protected areas. Labour would also work with British Overseas Territories to extend Blue Belt provisions to protect oceans around the world. They would pursue controls on seabed mining, the restoration of a complete hunting ban in the International Whaling Commission and a new Antarctic Treaty to preserve ocean life.

Labour promises it would lead the global effort for a UN Ocean Treaty creating a network of marine sanctuaries in 30% of the world’s oceans and work with allies in the Arctic Council to seek a new Arctic Ocean Treaty.

Lib Dems would establish a ‘blue belt’ of marine protected areas covering at least 50 per cent of UK waters by 2030, working with UK overseas territories. This would be supported by a new “British Overseas Ecosystems Fund”. They plan to invest in large scale restoration of natural areas, including coastal waters, helping to absorb carbon, protect against floods, improve water quality and protect habitats, including through pilot 45 ‘rewilding’ approaches.

Plaid Cymru supports a strong UN Global Ocean Treaty capable of creating a network of ocean sanctuaries covering at least 30% of oceans by 2030, and an immediate moratorium on deep sea mining.

Party promises as a handy chart:

There’s also a handy checker that will help you compare the parties policies in other areas.

Well, what do you think? Do any of the parties stand out for you as way ahead of the pack and deserving of your #VoteForTheOcean?

TwitterFacebook
« Call for Volunteers as SAS Get Set to ‘Mass Unwrap’ the UK
#PlasticFreeChristmas: 3 Christmas Cheers for our Plastic Free Communities »