Latest News: #ShowTheLove For The Ocean Become a Member Today

However you voted in the referendum, now more than ever, the environment needs organisations like Surfers Against Sewage and we need vocal, active supporters like you to write to your MP with a brief, clear message that the protection of our beautiful blue and green spaces is paramount to you. MPs are our elected officials and should represent your concerns in Parliament.

Approximately 70% of our environmental legislation comes from European Union (EU) directives that have been transposed into UK regulations. Surfers Against Sewage has a strong track record of influencing decision makers at a regional, national and European level. Following the result of the EU referendum, MPs from all over the UK now urgently need to hear directly from their constituents & communities on the critical importance of maintaining policy and legislation to tackle marine litter, poor water quality, coastal developments and climate change, and enhance it wherever possible, to ensure the UK doesn’t reclaim its former reputation as the Dirty Man of Europe.

Below is a list of the key points to include in your message to your MP and a useful short briefing on the most important EU directives:

The Marine Strategy Framework Directive is the only piece of EU legislation that specifically addresses marine litter. The current marine litter targets within the directive are set at limiting levels of beach litter at 2014 levels by the year 2020. (These targets have been condemned by the European Commission for being unambitious, but they are all we have!). We believe that the UK needs to keep to these targets to ensure stakeholders including SAS have the opportunity to review the effectiveness of current actions and measures in 2018 and help the government set more ambitious targets for marine litter reduction.

Both the Bathing Water Directive and the Urban Waste Water Treatment Directive are strong pieces of EU legislation that SAS has consistently used to significantly improve water quality and restrict the levels of untreated human sewage that permitted to be discharged into the marine environment. We need to continue our campaigns to ensure that sewer overflows only ever discharge untreated human sewage into the environment in extreme storm conditions and never more than 3 times a bathing season and 9 times a year. We also believe that when these sewer overflows discharge untreated human sewage the public have the right to know, for free and in real-time so they can make informed decisions about how, when and where they use the sea.

These directives have been transposed into UK regulations. But without the safety net of the European Commission, Surfers Against Sewage is concerned that the UK government may be tempted to repeal these regulations or water them down. 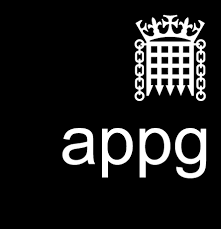 Join us in urging your MP to stand up for environmental legislation on your behalf. Please contact your MP today, asking them to join Surfers Against Sewage’s All Party Parliamentary Group to help ensure the UK safeguards existing environmental legislation and strengthens it wherever possible to deliver more effective action to tackle marine litter, sewage pollution, climate change and inappropriate coastal developments. Our waves, oceans, beaches and wildlife depend on you.

Find your MPs contact details by entering your postcode here:

When writing to your MP, the most effective messages are personal, speak from the heart, name your favourite beaches and why protecting these special blue spaces from litter, sewage pollution and inappropriate development are important issues to you, your family, your economy and your community.

Below is a list of the MPs who are currently members of our All Party Parliamentary Group and their constituencies. (Please don’t ask the Protect Our Waves APPG members to join the APPG, but do send them a letter reminding them of the importance of strengthening our environmental regulations.)

Thank you for your support.

We rely on your support to carry on our work protecting oceans, waves and beaches for everyone. Become an SAS Member with a regular monthly gift and help protect our marine environment. We need your support now more than ever to defend our coastline and all those that use it!

With the uncertainty that #Brexit is causing we now need to question what UK government environmental policy will be moving forward in post-EU politics and how this will influence national environmental legislation. We must now mobilise grassroots support to ensure that the environment doesn’t fall to the bottom of the pile of new policy and legislative decisions.
Surfers Against Sewage