Surfers Against Sewage warned the public of almost 1,500 separate pollution incidents at UK beaches during the 2014 bathing season in England and Wales. This equated to 212,772 real-time pollution warnings being issued to protect Safer Seas Service subscribers from 786 separate sewer overflow discharges and 771 predicted diffuse pollution events.

The Safer Seas Service is the first and only national real-time water quality service that protects all water users from pollution. This pioneering free service alerts water users when sewer overflows discharge untreated human sewage and storm water into the sea and when water quality is reduced by diffuse pollution at beaches across England and Wales via a free smart phone app, SMS messages and online map.

The Safer Seas Service is an enhanced version of SAS’s Sewage Alert Service which was launched in Summer 2010, followed with an App in 2013. In 2014 the Safer Seas Service issues real-time alerts for 323 beaches around England and Wales on Sewer Overflows discharges and Pollution Risk Forecasting’s (PRFs), provided by water companies and the Environment Agency respectively.

The current water quality testing process will not always pick up on these pollution incidents as sampling only takes place once a week and is frequently undertaken at significant distances from the pollution source. SAS believes that bathing water quality sampling spots should be reviewed to ensure results accurately represent what the public can expect to experience across designated recreational bathing waters. We believe that currently there are too many sample spots that are sited in areas that are unrepresentative of water quality in general and can mask poor water quality at some locations. Large numbers of bathers, surfers and other recreational water users often use the bathing waters close to the source of pollution, such as river mouths.

A key success story from the Safer Seas Service was reflected in events that took place at Godrevy Beach, St Ives Bay, Cornwall in June.  A sewer overflow event was triggered on the morning of 28th June, at the same time a surf contest was being held by the National Trust.  Safer Seas Service real-time warnings informed contest organisers, RNLI life guards and competitors via text messages and the new app.  The contest was postponed due to the health risks posed by surfing or bathing in sewage contaminated water. Read the full story here. 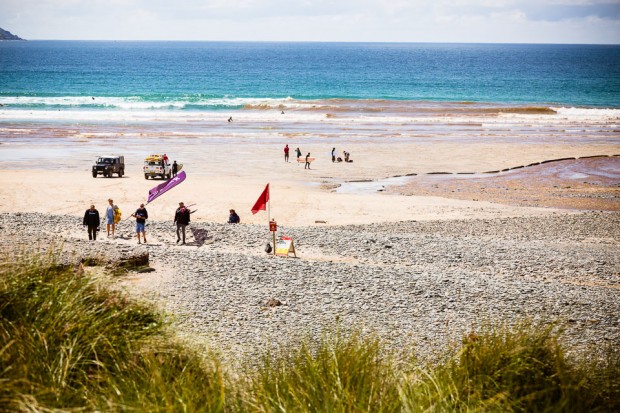 The Safer Seas Service App and Interactive Map will continue to provide real-time sewer overflow warnings at 90 beaches around the UK throughout the year.  A detailed list of these beaches can be found here. 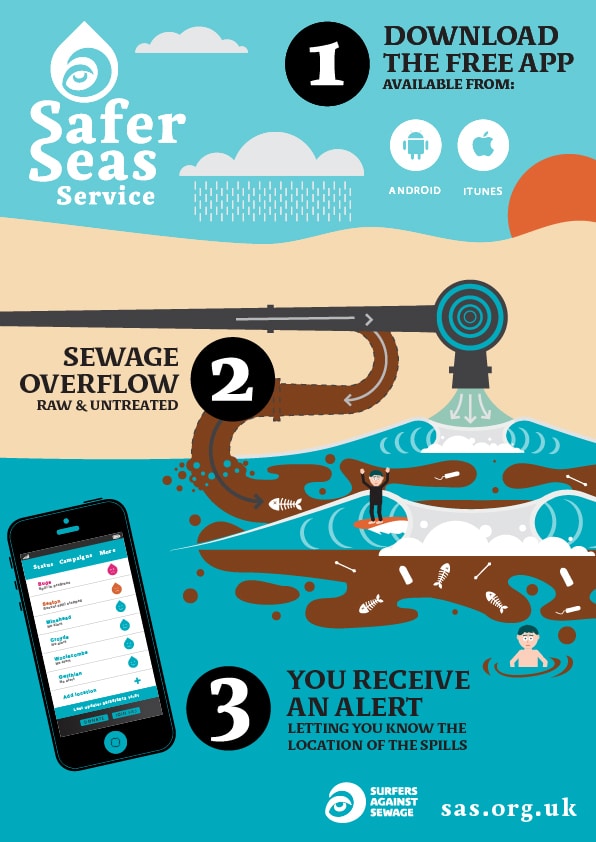