Only 4 months away from the transposition deadline of the EU Plastic bags directive, environmental NGOs celebrate today the 7th edition of the International Plastic Bag Free Day. 2016 is a pivotal year which will pave the way towards what NGOs hope, a European plastic bag free future.

EU governments have until the end of November to adopt national legislative measures to drastically reduce the use of single-use plastic carrier bags. While many initiatives have popped up locally, some Member States are still lagging behind in engaging in the fight against plastic bag pollution. At the same time, some EU countries such as Italy and France already have, or are planning bans on plastic bags and are paving the way ahead.

More than 100 billion bags are used annually in Europe and most end up in landfills, incinerators or as litter in aquatic environments. In addition to harming the marine environment, producing these bags requires millions of barrels of oil per year. Moreover, plastic bags can take centuries to degrade and are responsible, together with other litter items, for the deaths of an estimated 100,000 marine mammals every year.

The International Plastic Bag Free Day, celebrated over the World on July 3rd, is a unique occasion for Fundació Prevenció de Residus, together with NGOs Surfers Against Sewage, Surfrider Foundation Europe and Zero Waste Europe, and the undersigned organisations to spread the word that a plastic bag free world is possible and that sound environmental alternatives to single use plastic bags are available.

Participating NGOs ask governments to show ambition and caution, recalling that paper bags and biodegradable bags remain single use options and should be avoided. They call on the European Commission to speed up the two reports promised in the Plastic Bags directive on very-lightweight and oxo-degradable plastic bags, as they are still far too common in the European market. Oxo-degradable bags, in particular, have proven to be extremely harmful for the marine environment, as they break into small pieces impossible to remove. 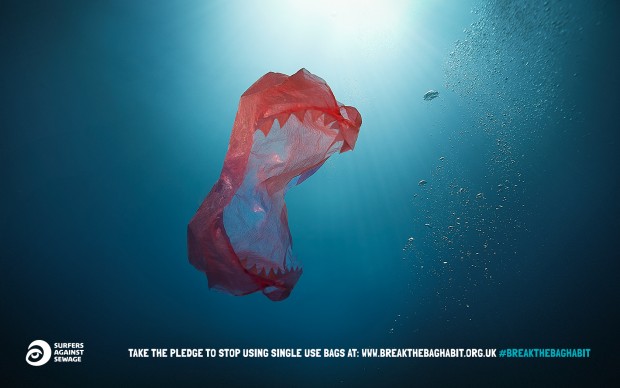 Surfers Against Sewage’s Break the Bag Habit campaign celebrated its inclusion of the single-use bag charge in the Queen’s Speech, 2014. The Government introduced the charge on 1st October, 2015 however there is still work to be done to address the exemptions for small and medium enterprises (SMEs) and paper bags. Surfers Against Sewage is calling for a uniform scheme across business and devolved nations to avoid any confusion and to maximise the benefits for the environment. Early indications show that circulation of plastic bags has already been cut by up to 80% by some major retailers and SAS volunteers are already reporting seeing less visible plastic bag litter at beach clean events.

Successful and well-supported levies have already been introduced in Northern Ireland (2013) and Wales (2011).  In Wales, the number of single-use bags issued has fallen by between 70% and 96%, as estimated by retailers. In turn, public support for the Welsh bag levy has grown to 70%.  When Ireland introduced a plastic bag levy in 2002, plastic bag use fell by 90%. Before the Irish levy plastic bags made up 5% of visible litter, afterwards it dropped to 0.32%.