During the week of the 2nd – 8th of November over 3500 beach lovers joined us at 160 beaches for the biggest ever nationwide Autumn Beach Clean Series. Volunteers came together from Cromer to Portrush and the Isle of Skye to Sennen Cove to sweep a staggering 10 TONNES of marine litter from the UK coastline and recycle over 10,000 plastic bottles and cans.

In the face of extremely challenging weather, which at times saw winds of over 50 mph, driving rain and even a landslide at one Cornish beach, the immense effort and passion shown by the community volunteer teams perfectly illustrates the level of commitment that exists across the UK to tackle the marine litter crisis.

The following stats, stories and weird and wonderful discoveries provide a glimpse of what was a truly inspiring Autumn Beach Clean Series. 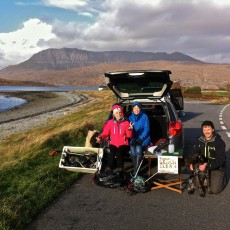 Stunning Ardmair in the Scottish Highlands 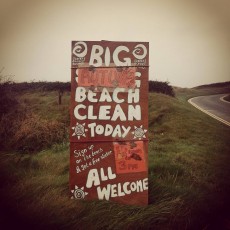 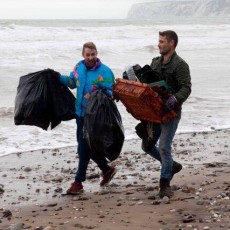 Isle of Wight felt the full force of the weather. 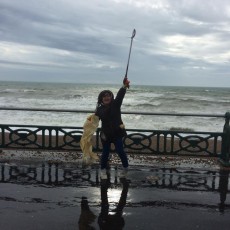 The Rocky Balboa of beach cleaners! 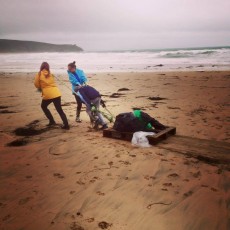 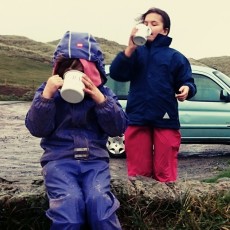 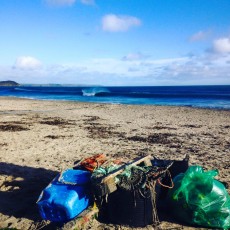 Waves and litter as far as the eye can sea at Pentewan. 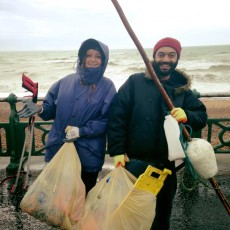 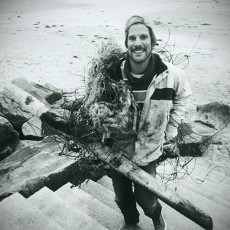 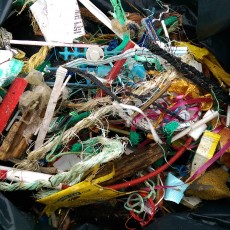 DO sweat the small stuff. Portsmouth 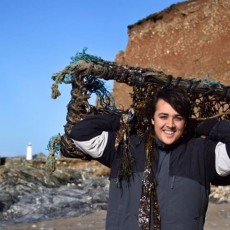 A strange looking lobster at Godrevey! 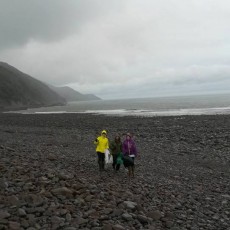 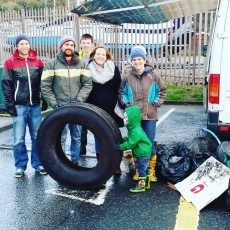 The Cumbrian crew at Whitehaven. 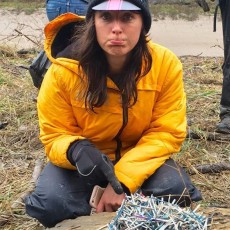 Not impressed at Avon Gorge. 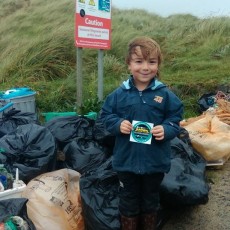 A new mini-activist at Freshwater West.

Circular Economy messaging and a commitment to recycle all suitable* materials was at the very heart of this year’s Autumn Beach Clean Series. This proved to be a huge success with over 10,000 items recycled including; including 7146 plastic bottles, 2175 cans and 466 glass bottles.

The sheer scale of the marine litter crisis can be overwhelming, however each and every one of the 3500 Autumn Beach Clean volunteers have made a difference, helping SAS to protect what we love!

Marine litter is a 365 days a year problem and SAS encourage people to organize their own beach cleans year round. For more details email [email protected] or call 01872 553001.

SAS would like to thank lead sponsors The Crown Estate and Selfridges Project Ocean for their support.

I was lucky enough to visit 10 Autumn Beach Cleans this year and whilst I was impressed with the passion of the volunteers and struck by the vast range of ages and backgrounds of those I met, what really made my heart swell was just how much fun everyone was having in spite of some incredibly challenging weather! Our beaches are in safe hands; our coastal communities just need a little help.
Dom Ferris, SAS Projects Manager said;

TwitterFacebook
« For the love of waves, oceans and beaches.
Meet The Power Penguins! »