The UK government is facing a potential court date after allegedly failing to comply with a European order over raw sewage being pumped into the sea from a North East beach.

One of the sources of overflows in question

The action from the EU follows concerns raised by a local campaigner, despite an order to ensure waste water is dealt with safely and hygienically at the village of Whitburn back in 2012.

At the time, the European Court of Justice found the Government guilty of failing to uphold standards over a flood water system, which had been pumping sewage into the sea just 1km off the South Tyneside coast.

And, despite being given five years to make things right, an investigation has now revealed that 300,000 cubic metres of untreated sewage had still been discharged during eight months of 2018, even though works of £10 million had been completed just the year before.

Local Surfers Against Sewage campaigner Bob Latimer, who has been fighting against the waste issue for more than 20 years, petitioned the EU with the help of his local MEP after realising the problem wasn’t going away.

Bob, who lives close to the popular stretch of sand, said: “The quantity of untreated waste entering the sea and the river is resulting in constant sewage debris in the sea, as found by local fishermen, and on the beaches.

“And while the water company have installed macerators, so the sewage is less obvious, sanitary and wet wipe debris can still be seen.” 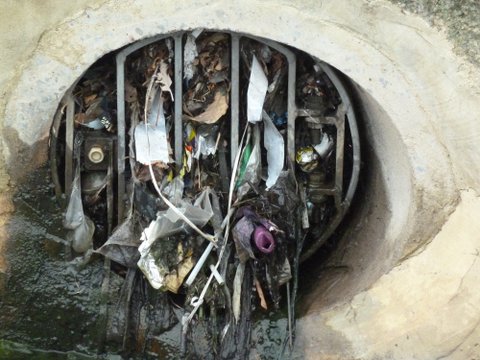 The outflows are also sources of plastic pollution

“You can also see discharges from the sea outfall by the colour.”

While the sewage discharge is limited to 20 times a year, Bob says it’s not the number of times it happens but the volume that is discharged each time that is causing the major problem.

He also claims the situation has now been made worse by the fact that there are currently plans to build over 300 new houses in the area and connect them to the existing sewers.

He said: “I have to say I was always shocked that this type of situation could take place in the UK and this continues.

“It is wrong and, even after all these years, I am still appalled and as determined as ever to get it corrected.

“I am 75-years-old and make no financial gain from shouting about this – but, if I don’t, then what would be the situation for our grandchildren in the future?”

The court date will not only look at Whitburn but also areas of the River Thames, which have continued to be affected by sewage spills despite major upgrades to water infrastructure to cope with excess water during storms and prevent contamination.

Now, the European Commission has given the UK two months to come up with a scheme or system to put the problem right, or the Government could potentially be hit with court action and financial sanctions.

A spokesperson from the Department for Environment, Food and Rural Affairs said: “The UK compliance levels with the Urban Waste Water Treatment Directive are at or above the EU average and comparable with the better performing Member States.

“The Government is already taking significant action to achieve compliance in these locations – with much of these, such as in Whitburn, already complete.

“The Government is considering the Letter of Formal Notice in relation to compliance with EU Urban Waste Water Treatment Directive in London and Whitburn and will respond in due course.”