Surfers Against Sewage is thrilled to announce the Global Wave Conference, a major international event focused on the protection of waves, oceans, beaches and surf habitats worldwide. The conference will be coming to the UK for the first time ever, bringing together the world’s leading enviro-surf NGO’s, academics, oceanographers, environmentalists, grassroots activists, surfers, politicians, the surf industry and the mainstream media to discuss the increasing importance of protecting our oceans.

The conference will tackle themes including the protection & management of natural surfing heritage, the threat of marine litter, water pollution and climate change, the importance of ‘blue health’ – human health & wellbeing, and ‘surfonomics’ – the growing impact and importance of the economic value of surfing to coastal communities.

The event will include keynote speeches from big wave legend Greg Long, Guardian ethical journalist and BBC television presenter Lucy Siegle, scientist & explorer Dr Easkey Britton, environmental campaigner & professional surfer Ramon Navarro, and ocean activist Mike Long of Parley for the Oceans. We are also delighted to announce that as part of the event, we will be presenting 3 times world champion Tom Curren with the inaugural Global Wave Award for his dedication and efforts in setting up the Surfrider Foundation Europe. 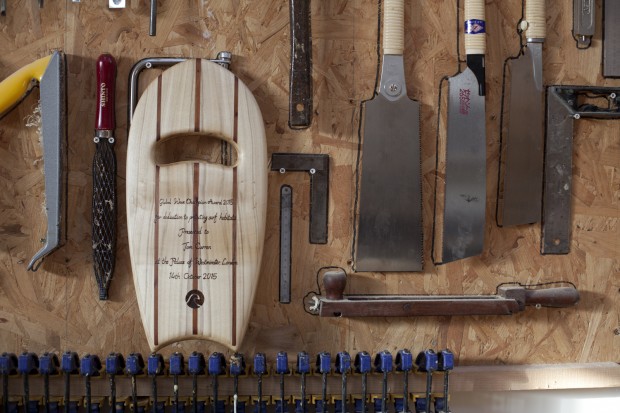 Surfers Against Sewage is delighted to be working closely with the Surfrider Foundation, Save the Waves, Plymouth University, Parley for the Oceans, World Animal Protection, Sustainable Surf, Surfrider Foundation Europe and the Surf Industry Manufacturers Association in shaping the conference. We also have participation from leading environmental organisations including Sustainable Coastlines Hawaii, Wildcoast, the National Trust, the Centre for Surf Research, Stanford University and the Ocean Foundation.

The Global Wave Conference is being organised at a time when the protection of our oceans is at the top of political, news and public agenda. It falls during a key timeframe for protecting our beaches and coastline through the EU Marine Strategy Framework Directive (MSFD), and from an international perspective, the conference will also take place shortly before the UN Climate Change Conference in Paris. The UN conference objective is to achieve a legally binding and universal agreement on climate from all the nations of the world. In the run up to the Global Wave Conference, conference partners will be engaging the world’s surfers and water sports enthusiasts with the critical threat that climate change poses to the coastal zones, reefs and surf habitats.

As a finale to the conference, Surfers Against Sewage also has a unique opportunity to unite the global enviro-surf movement for a reception in the Palace of Westminster as part of the Protect Our Waves All Party Parliamentary Group. This will be a historic moment for the world’s surf activists.

The aim of the event is to highlight the threats to sites of special surfing interest globally, accelerate innovative coastal environmental initiatives, promote sustainable surf industry innovation and increase leadership from the surfing community on the protection of waves, oceans, beaches and coastal ecosystems.
Hugo Tagholm, Chief Executive, Surfers Against Sewage