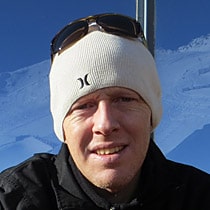 Jim spent his whole life up until University living overlooking the sea. He started sailing aged 5 and spent most of his spare time from then in a boat. He represented Great Britain at junior and youth level sailing in the European and World championships.

He is a qualified sailing instructor and spent time during his education teaching sailing as a job. Most of his sailing was undertaken in and around the Solent but competing also took him to every part of the country (inland and coastal). As well as sailing, he’s also a keen windsurfer, mainly at Lee-On-Solent and Christchurch Harbour.

Jim has been a member of SAS for many years and is delighted to be involved at director level. His legal experience is a useful asset to the organisations ongoing work. Professionally, his contacts in the sailing world, including a number of the current Olympic medallists, are also beneficial to promoting and furthering SAS campaigns.

At University he started surfing and since then it has occupied most of his spare time (which with two young children is now in short supply!).

Jim now lives in Exeter with his wife and two young children, and is a Solicitor at Foot Anstey.