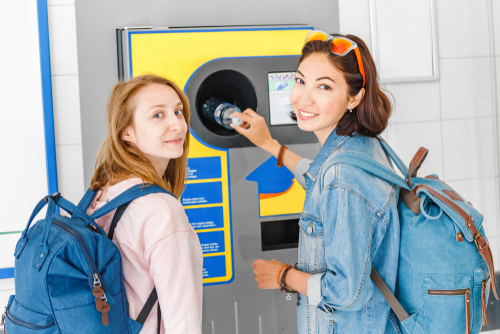 “Our strategy sets out how we will go further and faster, to reduce, reuse, and recycle. Together we can move away from being a ‘throw-away’ society, to one that looks at waste as a valuable resource.

“We will cut our reliance on single-use plastics, end confusion over household recycling, tackle the problem of packaging by making polluters pay, and end the economic, environmental and moral scandal that is food waste.

“Through this plan we will cement our place as a world leader in resource efficiency, leaving our environment in a better state than we inherited it.”

The announced measures include:

Surfers Against Sewage has welcomed the comprehensive measures and ambitious goals, particularly the focus on extended producer responsibility included within the strategy.  SAS would always focus on the reduction of plastic production and use as the first option, in line with our Plastic-Free Communities campaign.

“The plastic pollution crisis is here with us now, the materials and systems revolution must be delivered at pace. Surfers Against Sewage is concerned that meaningful action could be delayed or avoided by drawn-out consultation & implementation periods, every day we wait for action we witness more whales, sea birds and marine life dying from ingesting plastic.

There is overwhelming evidence to introduce a world-class, inclusive deposit return scheme here to capture almost 100% of the 38 million plastic bottles the country consumes daily. Delaying the introduction of this to 2023 or casting any doubt on this highly effective way for producers to pay for their waste, would only result in millions more bottles on beaches and in our rivers.

It is vital that we restore the public’s trust in recycling with a simple UK-wide, inclusive, bottle deposit return scheme for all drinks containers. This is a system that can help ‘onshore’ our plastic recycling and reduce ‘plastic miles’ so we’re not exporting the problem to other nations.

The ‘polluter pays’ principle, which holds manufacturers to account for the full cost of the waste they create, will be critical to stopping plastic pollution and eliminating the waste of finite natural resources.”

The strategy outlines how the currently recycling rates of the 14 billion plastic bottles, 9 billion drink cans and 5 billion glass bottles used per year in the UK are significantly lower than many other major developed economies. The Deposit Return Scheme is proven to be the most effective system to address this, collecting over 95% of plastic bottles for recycling and at the same time benefiting local councils, with research showing this could save up to £35 million every year.

The strategy says “A 2018 report into drinks container recycling and litter reduction, commissioned by Defra from the Voluntary and Economic Incentives Working Group, found that plastic drinks bottle collection/ recycling in some European countries with a DRS and some form of kerbside/household recycling collections can be as high as 95-98%. It also found that some rates of collection/recycling of aluminum, steel and glass drinks containers in countries with a DRS can be between 87 and 97%”

However, a five year delay before implementation could see another 28 billion plastic bottles escape the recycling system. Surfers Against Sewage has called for a nationwide system inclusive of all material types and sizes, with a recent survey carried out by over 21,000 Surfers Against Sewage volunteers saw 27,696 single use drinks containers collected during Autumn beach and river cleans. Consultation on how the Deposit Return Scheme should function is expected to begin in January. SAS is sharing its findings with the Government and will be speaking to DEFRA Minister Dr Therese Coffey MP in advance of a new consultation on the new scheme in England.