Across the UK, over 500 communities are empowering individuals, businesses and organisations to take action on single-use, avoidable plastic.  The Plastic Free Communities movement is open to all and it’s encouraging to see so many people get involved, from all walks of life and of all ages.

Something that’s particularly exciting is a new breed of Junior Plastic Free Hero! Seeing plastic pollution in their environment and stories of its impact in the press, these youngsters are stepping up to take action. Others, spurred on by the Plastic Free Schools movement, want to take things further and activate their whole community.

Meet just a handful of these inspirational young activists – there are hundreds more out there so please do share your Junior Plastic Free Hero stories with us.

St. Mary’s School was the first primary school in Scotland to achieve Plastic Free Schools status, their presentation going on to be used as a resource for other schools across the UK! But Form 7 & 8 didn’t want to stop there, and now help lead their town’s bid for Plastic Free Communities Approved status.

Tom Rawson, their teacher and adult lead said: “The children at St. Mary’s, Melrose have been absolutely fantastic. Not only have they thrown themselves headfirst at the challenges put before them at school, they have also worked hard to clear their local rivers and beaches of plastic pollution in their free time. We are all really proud of what we are doing and excited to see what we can do next!”

Maya is eight and decided to take on the supermarkets over excessive plastic packaging. She went along to support a Plastic Free Totnes  Mass Unwrap, already having written a letter to the CEO’s and packaging leads of all the major supermarkets asking them to consider a Plastic Free Aisle!

Maya got her whole class to sign the letter and inspired one of her teachers to sign up to Plastic Free Schools. She also writes and chats to local businesses on Totnes high street about their use of plastic, asking them to consider making changes.

Maya said: “I was seeing all the programmes about plastic pollution and it made me feel sad, I was crying. So, I decided to go out and do something. I thought maybe if a child wrote to the supermarkets it might improve the way they think, because I’m from the future (generation). Mum says I’ve inspired her and now we’ve changed the way we shop and we did Plastic Free Lent.”

Isabelle is described as Plastic Free Hornsea’s “little person with a big voice”. The 11 year old is the town’s junior lead (the first for Plastic Free Communities!) after actively campaigning against single-use plastics for over a year in her junior school.

Isabelle moved up to high school this year and is already passionately raising awareness, as well as presenting Plastic Free Champion awards in the town and supporting work at the groups beach hut hub.

Isabelle told us: “When I realised how much damage we are doing, I wanted to work with my community to play my part to stop that and show people their real impact on the earth. My generation will have to deal with the consequences of our actions and I think that it’s incredibly important that all of us do our part.”

Here are another awesome set of pupils who, not content with achieving Plastic Free Schools status for their school, have gone on to help lead a community. Damers Eco Crew launched ‘Refill Poundbury’ and now mentor other schools to do the same in their own communities. They even wrote and performed a ‘Dorset Refill Rap’, which featured on CBBC Newsround!

There is no end to this group’s dedication … from presenting to the local council, MPs and businesses to creating their own alternative to cling film to raise funds for a nature pond, they are smashing their plastic free mission.

Rachael, aged 7, told us: “We wanted to look after our future as well as the future of our families.” Charlie, aged 8, said: “Our passion and commitment has helped drive this campaign through the school and now through the local community.” 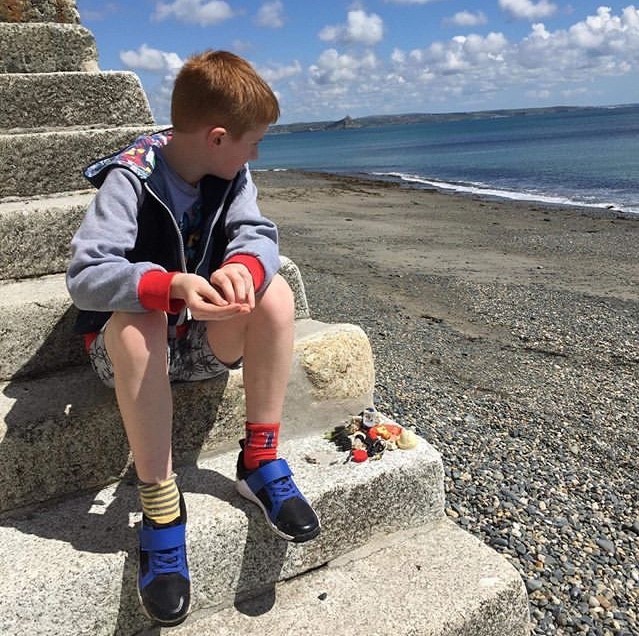 11 year old Louis  is a regular at Plastic Free Penzance beach cleans and workshops and has created a massive internet following for his efforts and plastic finds. Under the name #minibeachcleaner, Louis makes eye-catching images of plastic pollution to grab attention and encourage people to take individual action to reduce single-use.

He has also supported his school as they work towards Plastic Free Schools status.  At one community event organised by his school, called ‘Are We Protectors or Polluters”, he took along a stand containing examples of the plastic he finds on a daily basis.

Louis told us: “I don’t want any animals to die. Whenever we can go out, we go out and we collect plastic. I come up with all the ideas for the pictures and it can take days to make them. When I’m at events I just tell people that plastic is dangerous and ask them not to use single-use and to make sure they refill, reuse and recycle”

Inspired by our awesome activists? You can join them!

Find out more about Plastic Free Communities and link with your local campaign here.

More information on Plastic Free Schools can be found here.

How to Go Top of the Plastic Free Class

With lots of families kitting out children of all ages to go back to class in September, it’s a great…

Surfers Against Sewage is calling on communities to make a stand against pointless plastic packaging, as we launch the UK’s…