“This little turtle has just been born but he changes the world, which means we can too!” 🐢🐢 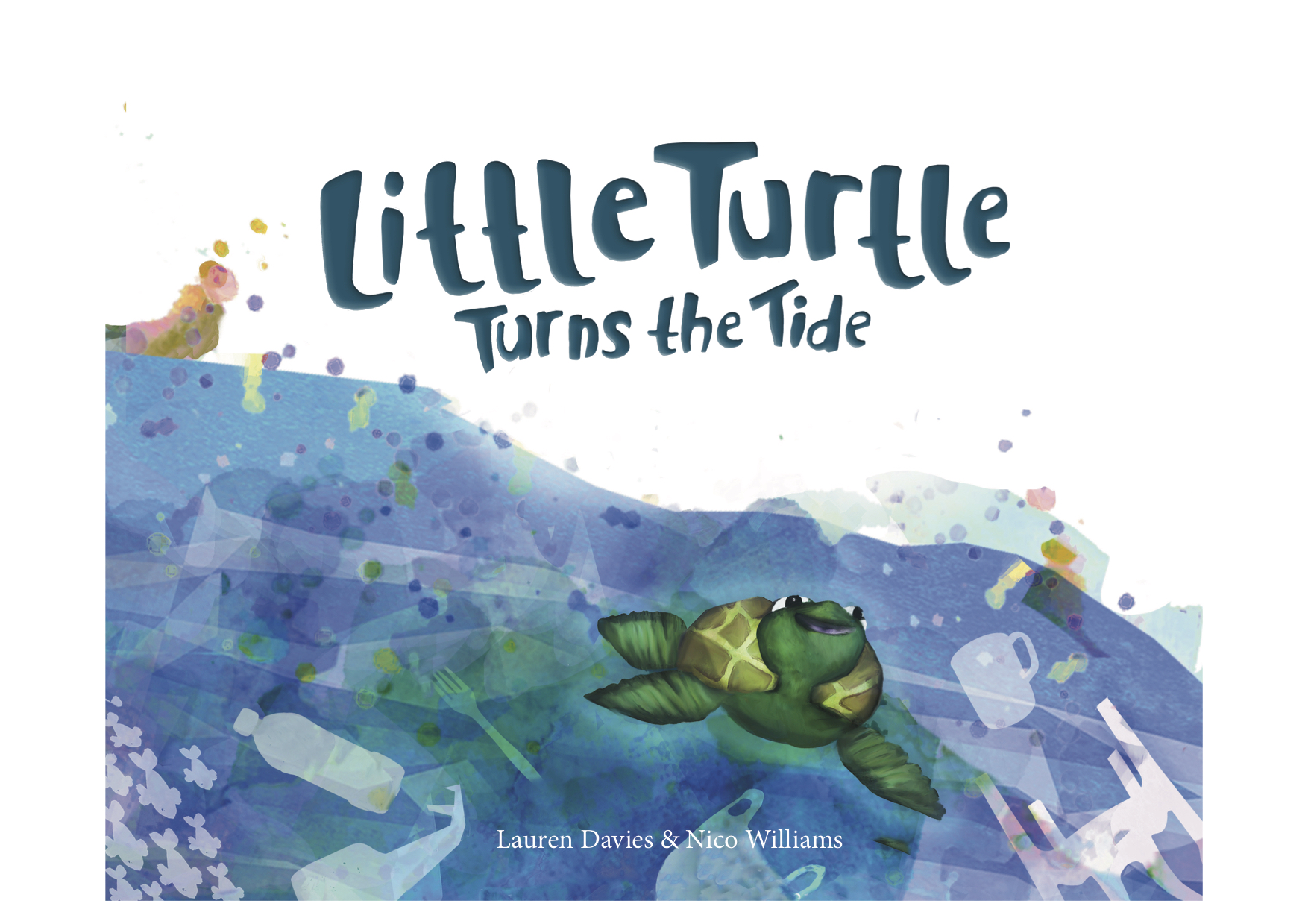 Stories change the world and have the power to change our lives. That’s why tales like Lauren Davies’ Little Turtle Turns the Tide beautifully illustrated book – about a plucky young sea turtle who saves hits ocean plastic home from plastic pollution – are so important in inspiring the next generation of ocean activists.

This #SeaTurtleWeek we caught up with Surfers Against Sewage (SAS) trustee Lauren on how Little Turtle… is making waves around the world.

Support SAS’s work protecting the ocean from threats like plastic pollution, buy Lauren’s inspiring book for the mini activists in your life now.

What inspired you to write Little Turtle Turns the Tide?

I was inspired by my little boy, Bo Reef, who is now 6 and has always been a mini activist. He has been to many SAS events and these have been such a positive influence. We were on a beach in Hossegor, France when he was 3 and a half with pro surfers and media. Bo started initiating a beach clean and asking all the adults to help him clean the beach of plastics. I had been wanting to write a book for children and I realised at that moment how proactive and powerful a child can be in helping to make change. I wanted to write a book about ocean plastics with a positive message that empowers children, rather than one that creates anxiety or makes them feel like this problem is insurmountable. The story tells the children about the problem, but then encourages them to be Eco Heroes and to save the world!

On the same trip to France, I also met Nico Williams in a café. She is the book’s wonderful illustrator. A mutual friend introduced us and we got talking about creating a book. We then worked on it together for two years, at which point we took it to my friend Steve England at Orca Publications. Steve was immediately onboard and was as passionate as us about creating the book in the right way. He found Deltor, a printing company in Cornwall to produce the book using solar power, bio inks and FSC certified paper. It is not delivered wrapped in plastic! The entire process has been really inspiring and positive because we had the right team behind it. This is my sixth book and definitely the one of which I am most proud because I feel every copy can make a difference. It looks beautiful and we are also very lucky to have fantastic cover quotes from SAS Trustee Lucy Siegle, our own Hugo Tagholm and 3-times World Champ, Mick Fanning! 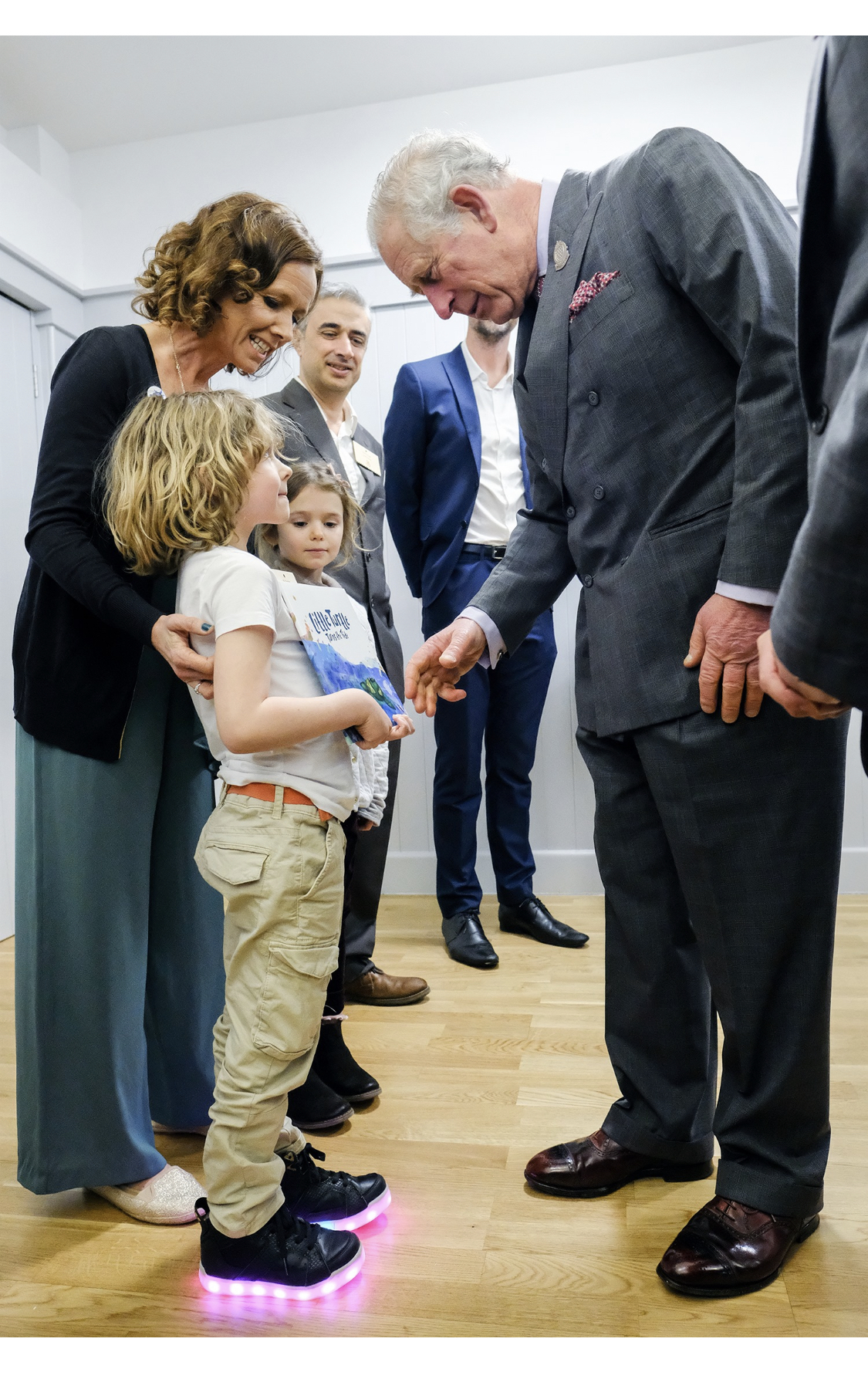 sponse to the book have you had so far?
The response has been wonderful. We have had all 5-star reviews, but, most importantly, the response from the children has inspired us. Early on in this journey, I really did meet resistance to the idea from people in the book world questioning whether young children want to read and to know about plastic pollution. I think that condescends to young minds. Children have a thirst for knowledge and many children can’t comprehend why we wouldn’t want to look after our planet. Thankfully, Orca got behind us to bring the book to life. They began with a crowdfunding campaign, which was very quickly backed to 700% of its target. We then knew we had something people wanted.
Bo presented the book to our amazing Patron, His Royal Highness the Prince of Wales at the SAS 30th anniversary event. That was a very proud moment for both of us and for the Little Turtle Team. We have featured in Press as far as Japan and we have created a free resources pack to compliment the book, which I have been asked to email to hundreds of parents and teachers as far as Hawaii. Our book was about to launch in the US when Coronavirus hit, but that will happen. We were also a fortnight from performing Little Turtle Turns The Tide, the musical, which I have developed with my friend and Bo’s Head Teacher, Amanda Bennett. We realised the importance of music in further engaging the children with the story. Bo performed this live on Radio 2 with Zoe Ball on her breakfast show and she immediately wanted to know more about the book. During lockdown, I have held some live story time events online, which have had a really heart-warming response too. I think the message of working together to save the world is relevant right now in so many ways.

“I think the message of working together to save the world is relevant right now in so many ways.”

Tell us more about your school sessions.
I was touring schools with the book shortly before this current crisis and I absolutely loved every session. I tended to read the book, talk about the plastic pollution problem, and discuss what we can all do to make things better. The children invariably loved trying to guess how long plastic items take to break down and they were fascinated by the nurdles, or ‘mermaids’ tears’. I also took along rolls of recycled brown paper to some talks and got the children to work together to create an environmental mural. I was actually impressed and reassured by how much awareness children have and by how keen many of the teachers were to use the book as a resource for large projects in science, literacy, and art. I would then sing with the children. In one school, the teachers were amazed that even the ten and eleven year old cool boys wanted to join in with the Little Turtle song, so that felt good!

What’s the best reaction you’ve had from the mini activists out there?
The message in the book is that ‘small things can do GREAT BIG THINGS as well’ and the children seem to completely engage with this idea. I tell them they have a powerful voice and that they can change the world, which some are surprised to hear. You can almost see them stand taller when they realise they can make a difference with every little change. In one school, I asked the children how the book made them feel and one boy said, ‘This little turtle has just been born, but he changes the world, which means we can too!’ It brought tears to my eyes. In another school in Northumberland, I was reading to reception children. One little girl started saying, ‘We can do it, we can do it.’ Suddenly, the entire class was chanting, ‘We can do it, we can do it!’ The teacher looked bewildered and said, ‘You’re starting a mini revolution.’ That was a good day. 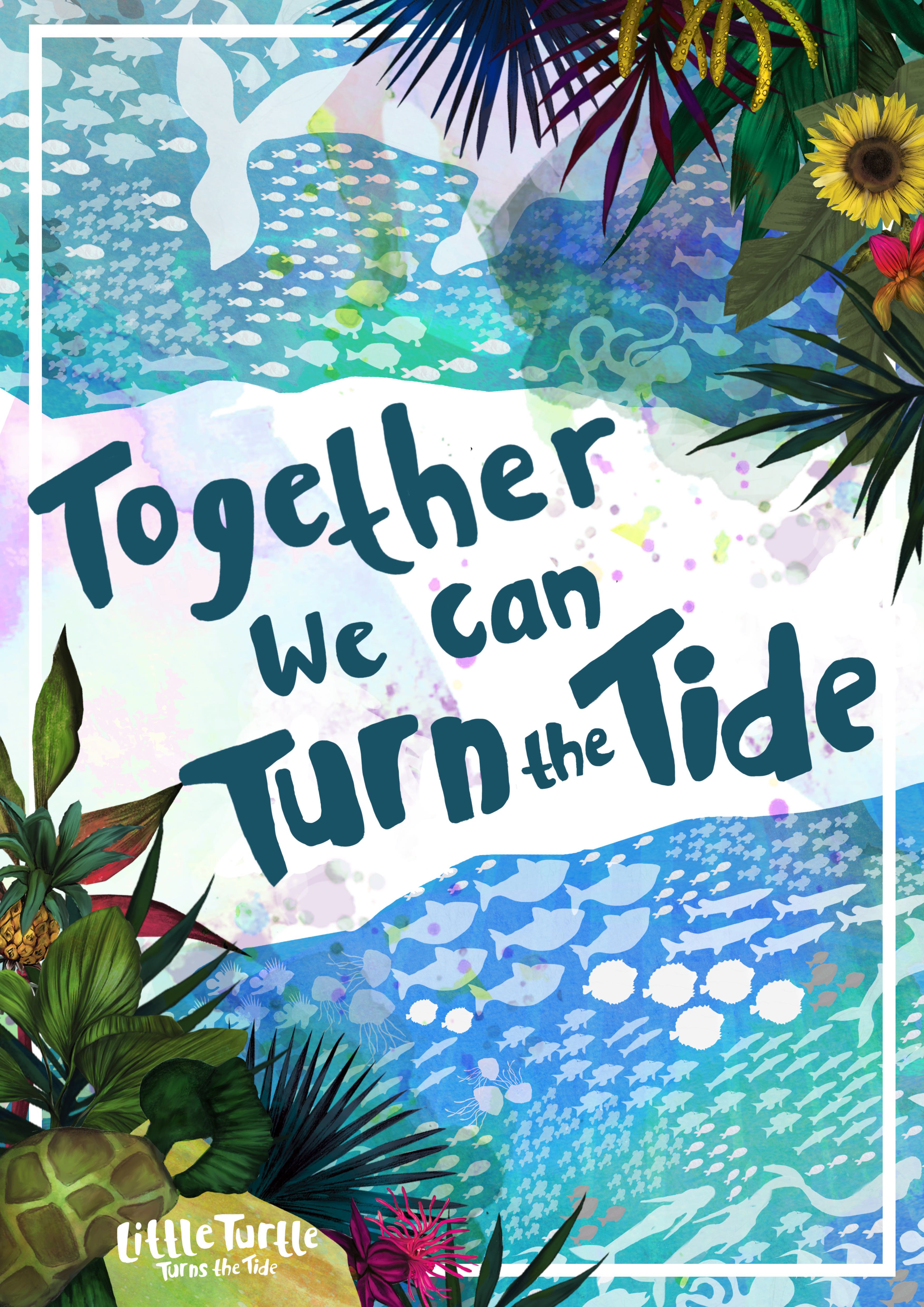 Have you always been an environmentalist?
I have always loved nature and I am a desperate lover of animals, so my natural setting is to love and protect that which enriches our lives. I became more acutely aware of environmental issues when I met Gabe (Davies, her husband and a four-time British surfing champion) and he introduced me to SAS back in the 90s! Becoming deeply involved with SAS as a Trustee has been such an honour and has made me even more of a passionate environmentalist. Having a child also creates that strong desire to protect the planet for his future and to be a positive role model for him.

What is your favourite current SAS campaign?
They are all so good, they inspire me constantly! The Return To Offender campaign resonates with me. I think it is important to realise that, although we can all do our bit as individuals, we also need change at a higher level and at source. As much as encouraging people to reuse and recycle is a positive step, we simply must reduce the amount of plastics in our world. Manufacturers need to take responsibility, and Return To Offender is a good, very visual way of raising this issue and starting the dialogue. I must also say, Ocean School has been a fantastic resource recently too. Bo has enjoyed that during lockdown.

The Return To Offender campaign resonates with me. [On plastic pollution] I think it is important to realise that, although we can all do our bit as individuals, we also need change at a higher level and at source.

The book is raising money for SAS campaigns. How is this going?
Yes, this was important to me and to Nico that we gave back to the cause with this book, so a portion of the proceeds will go back to SAS. This drives me to promote the book even further. I don’t currently know how many books we have sold. We haven’t had those figures from Orca, but we are far from done yet. We plan to help the Little Turtle travel as far as he can around the world to spread the message and to bring some benefit back to SAS.

Have you got any plans for any more books?
Nico and I have talked about doing another book because our collaboration has been such a joy, but it would have to be a subject we are equally as passionate about. Her work is so stunning, I am delighted we could join our work together to create this book. I am also currently writing the biography of an amazing man who is a professional athlete paralysed in an accident. His positivity and outlook on life is so incredible, I wanted to bring his story to the world. It is a book that will help anyone facing a challenge, whatever that challenge may be. With these books and with the couple of films I am currently working on, I really am focused on making a difference to the world however I can, even in a small way. I think having Bo has made me realise that is what I want to achieve with my work.

Where’s your favourite surf spot?
I do love jumping in at home. We live on a beach in Northumberland and there is a small community of surfers. Often we surf alone. I love the tranquility, but it is cold. I am a bit of a sunflower, having lived in Hossegor for many years, so I’m afraid I do favour warmer spots. I love surfing in Hawaii, Malibu and Hossegor.

Have you been in the water with Gabe & Bo recently?
We didn’t surf during lockdown, which was hard as there were often both waves and sunshine! It was a bit of a moral dilemma for a lot of surfers, I think, but we just decided to stay safe and to not encourage others to take risks. Since lockdown has eased recently, we have jumped back in on small days with Bo, which feels amazing! He is happy the winter is over. Having something taken away makes it all the better when it is back. I just rode waist high waves on a foamy with Bo this weekend and it felt like the best surf ever! To those who haven’t been able to surf, I hope you are all back in the water before long. Sending love and strength to everyone at this time.

Little Turtle Turns The Tide is raising money for Surfers Against Sewage. You can buy the book at the Carve Magazine online shop.